Search anything in TKC

The first solo show of Anusha Ramchand Novlani, Seven Billion Beliefs, features large scale sculptures based off of architectural structures from around the city of Karachi that highlight the religious and cultural diversity of the city through its iconic landmarks. It is the culmination of the yearlong Vasl-KKAF Research Grant1, of which Novlani was the fourth recipient chosen from among the residents of the 13th Taaza Tareen Residency. Novlani extends her research and exploration of the city of Karachi and its historic built spaces and the various minority communities they represent. The facades of these structures bear iconographic, symbolic and design features that reflect their religious, cultural and historic significance, yet, united under one roof they create new spacial relationships that raise questions about coexistence in our section of the postcolonial subcontinent.

As one of the largest cosmopolitan cities in the world, Karachi has a population that is both ethnically and religiously diverse. Post partition it became the destination and eventual home of immigrants not only fleeing from India, but from all over South Asia, and for many years these communities lived side by side in relative peace. However, in the past fifty years or so waves of intolerance, rise of religious extremism and deteriorating political and socio-economic situation in the city, and in the country at large, has seen increased safety concerns amongst religious minorities and an increase in dwindling numbers too. Archaic oppressive laws give credence to targeted acts of bigotry, emboldening zealots, thereby giving further rise to religious and sectarian violence. Even as we hold multicultural and religiously diverse neighborhoods like Narayanpura up as examples of inclusivity, it is more of a reminder of the fact that peaceful coexistence among different religions is only possible behind walls and closed doors, confined to low-income areas; away from the mainstream dominant groups. It is an echo of the notion of partition itself, a solution which accentuated the religious divide and heightened animosities between nations that coexisted side by side for centuries, bringing the internal violence to the fore through a demarcation that posited peace as the endgame.

Instances of violence and bigotry against religious minorities have only escalated in recent years, with no consequences for the perpetrators. At the same time, even with increased awareness, casual racism and intolerance on a micro level continues to be normalized within our everyday social interactions. Novlani’s work addresses this dichotomous notion of coexistence, where macro-structures create a façade of peace and unity, overshadowing the violent realities of everyday existence for the marginalized. The work both celebrates the diversity of the city through its architectural landscape, while questioning the depth and scale of this unity within lived realities.

These structures become symbols of various different faiths which coexist in one city, from Muslims and Christians to Hindus, Sikhs, and Parsis. Recreated in HDF – a construction material commonly used for false ceilings and walls – and covered in cement and grey deco paint, these become fabricated grey structures that allude to a sense of brazen duplicity. The actual buildings are condensed to the bare essence, replicas that take liberties with details, accentuating certain forms and symbols while muting others. The act of monumentalizing religion through architectural aesthetic serves to glorify and aggrandize belief systems, while the very believers who imbue the structure with its sanctity continue to suffer a reflection of the city’s own reality. Mosques, churches and temples stand side by side as emblems of unity, yet unseen distances and divides remain.

According to Novlani, the more violence we face, the more it enters into our everyday lives as the ordinary, so that we no longer register it as an atrocity of the magnitude that it is. “Naveeda Khan terms this artificially created peace, as the Violence of the Ordinary,” she says in her statement, “The barriers are so true to us now, that we do not even see how violent they are. Every blast, every attack, and every act of vandalism on a sacred space disturbs our ordinary, and stands to make us stronger for the next one— eventually becoming a part of our ordinary. How do we form our identity in this ordinary? We like to live in this fantasy where we take this ordinary, and we glorify it to create a beauty from the mess.”

Spliced in chunks from the whole, these are portions of the original structures scaled down to fit into an alternative space, but as artworks within this new space they still tower over the viewer and spread across the gallery, creating a microcosmic model of a tolerant city. The displacement creates an interesting dialogue, removing living breathing structures from their functionality and context and turning them into relics, recast in a different material and black-washed into homogeneity. Particularly the smaller pieces turn spaces into objects, a shadow of the original, a lifeless and static artefact. They stand like haunting remnants, stripped of the wither and wear of time and space, the patina of the city itself, and the spiritual energy of the worshippers. How do they then interact with the space, with each other, and with the audience, and what meaning is created from that? How does their significance change in this new space with the context of the city removed?

Next to these sacred spaces appear remnants of our colonial past showing our cultural pluralism while also hinting at the roots of these divisions. Secular buildings like the Habib Bank Plaza and the Bahria Icon Tower further bring context of the modern world, and perhaps also posit them as an alternate form of religion in a materialistic, capitalist society. The process of fabricating these facades through CNC Router itself brings in a digital process that allows for the endless reproduction of sacred structures, a kind of mass production and commercialization of religion, sold to the public in a package of lies.

Just like these large structures act as an indication of diversity glossing over differences we only focus on the obvious indications of interfaith unity in our built environment. But is the mere existence of these spaces enough of a claim to diversity and inclusivity? Is it not the people and their everyday experiences, their sense of security and belonging as citizens, which should be the real gauge of religious tolerance? The answer lies in the self-censorship the artist put her own statement through, fearing backlash and controversy, even as she spoke of coexistence. At the end of the day, the work becomes more of an exploration of the visual and architectural diversity of the city itself— one that suggests a utopic landscape for a hopeful future of inclusivity and a tolerant society.

Nimra Khan is an independent art critic and curator. She graduated from the Indus Vallery School of Art and Architecture with a Bachelor in Fine Art in 2012. She contributes critical reviews and discourse on Pakistani art for various publications, including Dawn EOS magazine, ArtNow Pakistan, Youlin Magazine, The Friday Times, Newsline, and Nigaah Art Magazine.

There are no comments 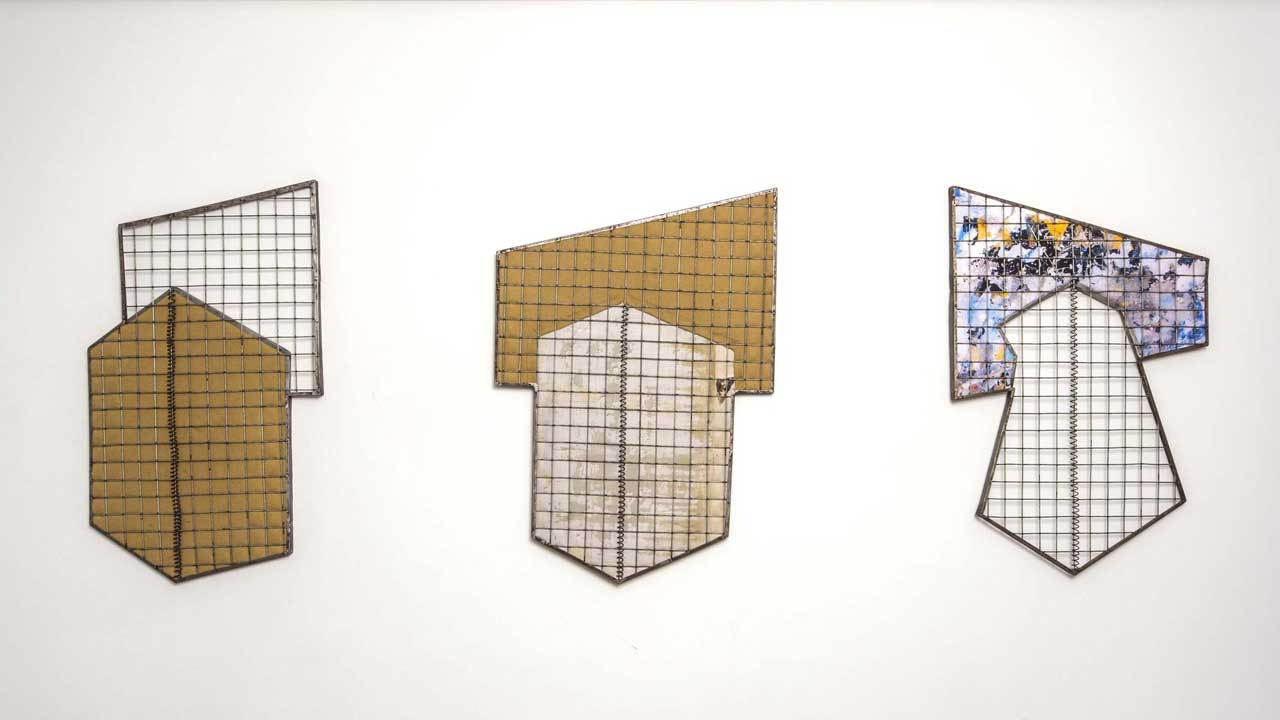 In recent decades, the landscape of Karachi has become a site of anxiety and insecurity with regards to…

Kathmandu Triennale and the Case for Arts Education in Nepal